The Perils of a Counteroffer 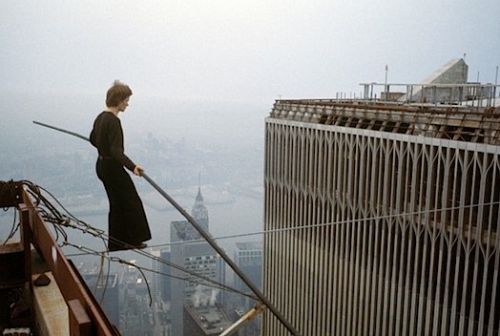 You're trying not to grin like an idiot, but the truth is, you're feeling pretty full of yourself. In this rotten, stinky, abysmal economy -- you've been offered a job when you aren't even unemployed!

OK, so now comes the time to decide: Do you accept the new job or try and get a counteroffer from your current employer? The truth is, your current job feels safe, and you're not 100 percent sure the new employer can offer you the same job security.

But still. It is more money and a better title, and it is really flattering to be wooed by a new company.

Well, maybe there's a compromise, you think. All you have to do is tell the boss that you've been offered a new job at a better salary and title, and see if he'll counter.

Hope you like snake pits, because once you've made that decision, you've just jumped into a big one.

“Most of the time, accepting a counteroffer is short-term fix for both the employer and employee,” says DeLynn Senna. “More than 90 percent of those who accept a counteroffer end up leaving the job less than a year after they accept it – either because the company lets them go or they leave on their own.”

Senna is executive director of permanent placement services for Robert Half International in Pleasanton, Calif., and I recently interviewed her for my Gannett News Service/USAToday.com column.

Senna says that while your boss may indeed offer you more money or better title to hang onto you, the truth is, he or she may only be doing this to buy time.

“An employer wants to minimize disruptions or lost productivity in this economy, so they make a counteroffer to keep the person,” Senna says. “But the trust has already been broken with the manager and the employee’s colleagues.”

Oh, yeah, your co-workers who may resent you nabbing more for yourself when they're likely to get a frozen turkey as a holiday bonus this year.

“These colleagues are going to know that you’re now making more money, and there is now a lack of rapport,” Senna says.

And as for your manager? Well, that chill in the air may have nothing to do with the office thermostat turned down to save energy.

"It’s always in the back of a manager’s mind that the employee has been disloyal" by even talking to another employer, Senna says.

“When it comes time for a promotion, the manager may give it to someone else, because he or she may be considered a more ‘loyal’ worker,” she says.

So, what to do when times are tough and you don't want to play this touchy situation the wrong way?

Senna says that you should first begin by thinking about why you thought about leaving your employer in the first place. Accepting a counteroffer, she says, may not fix the reason you were considering the exit in the first place.

“Getting a pay raise doesn’t change the fact that maybe you’re not getting a chance to work on certain projects or can’t get along with the boss. Those problems still exist,” she says.

That’s why Senna says it’s critical that anyone considering a counteroffer from an employer should think about:

• Trying to make it work. “Make sure you do everything possible to improve your current situation before you think about leaving. Try and get the raise on your own, address the poor communication with your manager, try and get those good project assignments, etc. If you can change the one thing that makes you want to leave, then try and work it out.” While a new job offer may be exciting, consider that in this economy, it’s difficult to know who is financially solvent and who is not. You may be jumping ship to a company in trouble. Further, you will be leaving “goodwill that has built up” in your current job, Senna says. “It’s much more risky to leave.”

• Standing firm. If you do your research and believe that the job offer is worth taking, then tell your employer and don’t waffle when a counteroffer is made. Senna suggests saying something like: “I appreciate it, but I’ve made a commitment. I’ll do what I can to tie up loose ends here before I leave.” Senna adds that employers may try change your mind while you’re still on the job, but you must be polite but firm about declining a counteroffer.

“Think about it: Why do you have to threaten to leave before being heard? That’s a real red flag right there,” she says.

• Keeping your word. “You’re running a real risk of damaging your professional reputation is you renege on your agreement with a new employer to accept a counteroffer from your current employer,” Senna says. “Remember: Your reputation is the most important asset you have.”

In this economy, is it foolhardy to accept a counteroffer? Are there ways to make it work?

Lijit Search
Posted by Anita at 10:13 AM

Wow, you touched on a humdinger subject this time, Anita!

This is a genuinely sticky situation - and believe me, I've been there - for all the reasons you've listed here. But there may also be some other things no one talks about.

Like, for instance, does your organization have a policy against counteroffers? A friend of mine tried the counteroffer ploy once, only to find himself out the door with no recourse!

And of course the economic times will dictate whether or not they'll "make an exception to the policy" in your case. I'd be very leery of trying it right now, for instance.

But as usual, your results may vary...

Robert,
I have never heard of a policy against counteroffers...maybe it has something to do with a noncompete agreement?
I know that companies will try and lure away top performers when times are good and bad, but as you point out, right now the situation becomes even more tricky for the employee.
Thanks for adding your comments.

We had a guy in our officd where this very same thing happened to him. He got a job offer and told the boss that I'm leaving if you don't offer me more money. The boss gave into him but after that he and the boss started fighting a lot. I heard his last review went badly and he left a few weeks ago, but I'm not sure if it was for another job or not.
Rita

Rita,
It's interesting you note that this guy fought with the boss a lot. I wonder if this was happening before the counteroffer? As my post points out, if you don't "fix" what was making you want to leave in the first place, you're not really solving any problems, and may be creating more.
Thanks for sharing that story.

Anita, your post will save people a lot of heartburn.

A spontaneous offer to keep a valued person is one thing. An individual trying to manipulate more money by squeezing their boss? That's quite another.

Integrity is the key word here. If you're looking to find a better opportunity, find it and leave on a good note.

You're right - it is all about reputation and someone who attempts 'blackmail via job change' is probably going to come out on the short end of the stick.

Marsha,
I love the fact that you bring up personal integrity. I think if you keep that foremost in your mind when dealing with any career issue, you will come out ahead.
Thanks for adding such great comments.

I love your blog Anita!

The guy I replaced squeezed a $6k counteroffer out of my company because of his commute, then left something like 6 weeks later, with a nice revaluation of his 200+ accrued vacation hours. I ran into him at a seminar last year (note to self - stay out of his county) and his NEW job was transferring back east, so he was going to be unemployed. His co-workers suggested that he find out if he could come back to what is now MY job. Ha ha! He can have MY job when they pry it from my cold dead fingers...his counteroffer bit him on his *utt, big time.

Keep the great advice and observations coming please - love it!

R.,
Thanks for sharing your story. It provides the perfect example of how a counteroffer can alienate co-workers, who you may need in the future should you be looking for work.
Glad you enjoy the blog. Hope you'll stop by and offer your comments more often.

I no longer work in Corporate America but I found this to be very interesting because I once did work for Corp Amer and also I'm of the firm belief that if something feels right, a person should do it and that includes leaving.

I remember when I was in banking and everybody in my department was always gossiping about who might leave and who might stay because we had such an awful boss. But no one left because they were afraid to jump ship!

There's a fine line between being fearful of making a move and taking 'calculated risks.'

Never an easy answer but I enjoyed this article and the realities of Corporate America.

Stephen,
I agree that if your gut tells you it's time to go and you have carefully weighed the pro's and con's, then you should go. I think the problem comes when someone is sort of waffling back and forth -- then that really can lead to problems for the person and the employer. As this post pointed out, once you make a commitment to go, be professional about it and stick to your decision.
Thanks for adding your insight.

The best scenario is when a year or more has passed and then your old employer tries to get you back with more money - a sort of delayed counter-offer. I know of one guy who did this, staying in the same industry all along, and was promoted upon his return.

Bonus: he was chosen to head up a prestigious project to revive an old product because he knew how it worked, being one of few remaining "veterans" from the old days of the initial product launch.

Either way, keep it civil and get a good letter of reference.

Hayli,
I think what you're talking about are "boomerang" employees, and that strategy has worked very well for many people. You're right in that the employee returns not only having learned new skills from another employer, but able to step in with ease at the old employer. And, it's a good way to get even better pay and benefits than having stayed in the same job for all that time. I especially like you're simple suggestion of keeping it civil. You'd be surprised how many people burn their bridges behind them.
Thanks for bringing up such a good point.