4 ways to Boost Your Standing at Work 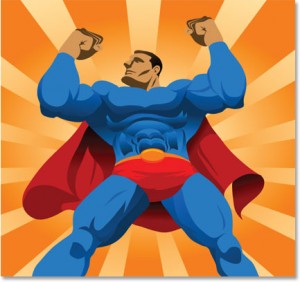 I can't tell you the number of people in the last two years who recommended to me that workers should just "hunker down" or "keep their heads down" while the job market was in such turmoil.
The thousands of people who were left shaking in their cubicles -- wondering if they'd receive the next pink slip -- reminded me of the old saying that there are no atheists in foxholes.
But times are improving, if slowly. I thought it was time to look at what workers can be doing now to prepare for better times.
Here's the column I did for Gannett/USA Today:
By now you're probably launching yourself full-throttle into a fresh start for the new year: a new exercise routine, a healthier diet and a commitment to get the garage organized.

So while you're on the road to a fresh start, what are you going to do about your career?

While for the past two years you may have been content to just hunker down and try and survive, now is the time to poke your head out of your foxhole at work and consider how you're going to move your career forward. Because as economic conditions improve and employer optimism grows, you want to make sure you're part of any new plans that will expand and grow your job — and your paycheck.

"It's time for everyone to stretch themselves. The economy is starting to improve — there is going to be more hiring and promoting going on in companies in the coming year, and you want to make sure you're one of the first ones recognized," says Steve M. Cohen, president and partner of Labor Management Advisory Group Inc.and HR Solutions: On-Call, both based in Kansas City, Mo.

That means employees need to be primed to show themselves off to their employers and to prove to bosses they've got the right stuff to be moved into key positions or garner rewards, he says.

Still, that's not always easy when workers may be resentful of the treatment they've received in the last couple of years. They may have faced reduced pay or benefits, or asked to take on more duties without extra compensation. But Cohen says if employees want to be at the front of the line for the good things at their company, they've got to leave behind any "surly manners" and behave in a way that shows employers they're committed and enthusiastic.

"You cannot be apathetic," Cohen says. "You've got to engage yourself and show that you have a company's best interests at heart."

Often, that means doing something as simple as showing up for work bright-eyed and bushy-tailed, decked out in professional garb with an attitude to match, he says.

Cohen says some ways to get noticed as being a positive performer who can help the company grow include:

• Behaving with integrity. This can mean everything from making sure you contribute your portion to the office coffee fund to refusing to gossip about co-workers. It means you don't show up late for work and you don't try to sneak out early. You don't "borrow" office supplies to take home, and you don't pad expense reports.

• Being a go-getter. Show up for meetings prepared, and make sure you contribute by asking questions or providing useful information. Playing Angry Birds on your smartphone instead of returning phone calls promptly won't help you get ahead. Read industry reports so you're ready to offer suggestions on how your company can best position itself as the economy improves.

• Stepping forward. Don't hang back and hope someone else will volunteer for a difficult project. Even if it requires you to learn new skills, the chance to show you're not afraid to face new challenges can be a key sign to your boss that you're ready to help your company meet new goals this year.

• Expressing optimism. Pessimism was rampant during the Great Recession, but now is the time to cast off negative vibes and express hope for the future. Don't be negative or critical about your colleague's ideas, and look for ways to support others. Offer ideas to enhance a project or expand the business.

What others steps should workers be taking for this new year?

Great post - I will definitely send this to my friends who work in offices.