7 Tips to Boost Your Memory 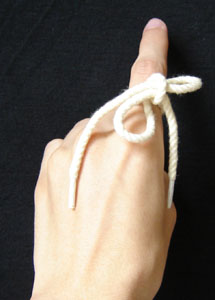 Blogs such as The Cynical Girl (by Laurie Ruettimann) have generated some entertaining -- and informative -- discussions about what older applicants should wear to an interview. The consensus seems to be that hair dye is a no-no (only professionally-applied highlights, please) and turtlenecks only call attention to your slacking neck skin, not hide it.
But beyond trying to look vibrant and not two years older than Moses, what are older workers or job seekers to do about those dreaded "senior moments" that might happen on the job or during an interview? Try to bluff their way through the fact they can't recall the name of a former boss when asked?
If older job seekers and workers are going to go to the trouble to get highlights, then I figure they may need a little help with what is going on inside their heads, as well. Here's the column I did for Gannett/USA Today:
There's no lack of jokes about "senior moments" — those times when you reach for something in your brain and, well, it's not answering the call.

While referring to your own child as "what's his name" and calling anything technological "that thingamajig" may prompt laughter and plenty of teasing from friends and family, what happens when you have a brain glitch at work — or during a job interview?

At a time when more people say they plan to work into their 70s because they want to — or because of financial need — how will signs of aging affect a career or job hunt?

Dr. Gary Small, director of the University of California-Los Angeles Center on Aging, says that older workers need to focus on what they can bring to the workplace that makes them special — not obsess about senior moments or their inability master all the new technology.

"The good news for older job seekers, for example, is that their brains know more. They have more life experiences and their frontal lobe functioning makes it easier for them to read people better, to have better face-to-face interactions," he says. "These are all things that can be emphasized to an employer."

Still, for those who expected before the economic downturn to be retiring — and are now looking at working another decade or more — the idea of remaining competitive in the workplace with younger workers can be daunting. Small says the key is taking steps to remain mentally sharp as you age.

For example, he suggests:

• Get physical. A brisk walk every day even for 10 or 15 minutes can help stimulate blood flow to your brain, and walking with a friend or spouse is even better because it helps relieve stress. Stress can cause more "middle-age pauses" when we can't remember things like where we left our car keys, so practice meditation or tai-chi so that you stay calm at work, he says.

• Eat well. Get plenty of fresh fruits and vegetables and fish at least twice a week. Cut down on alcohol and nicotine.

• Be mentally stimulated. Studies indicate that mental stimulation — such as crossword puzzles or card games — can lower the risk of Alzheimer's disease. Small says any move to "flex your brain muscle" is a good idea, so stay active with mental and social activities outside of work.

• Create mental snapshots. If you have trouble remembering names, Small recommends using mental imagery. For example, you might envision a dollar bill when you meet "Bill," which will help you recall his name later.

• Give up multitasking. "Multitasking doesn't work for anyone — regardless of age — and can lead to mistakes." Small says it makes more sense for older workers to set aside blocks of time to accomplish certain tasks, such as answering e-mail. The focus on one task at a time will lead to greater efficiency and fewer errors, he says.

• Take mini-vacations. Small suggests tracking the number of hours worked daily compared with the number of hours devoted to leisure activities. While it's important to take vacations lasting several days to recharge your batteries, it's just as important to take needed breaks during the day. He says older workers should strive to balance their work and leisure time, so they keep their mental abilities fresh.

• Learn new things. Older workers should embrace learning new skills and seek training on new technology. This can be especially important for older job seekers to show they're capable of handling the evolving technological demands of the work force, he says.

Finally, Small says that if you're concerned that your senior moments aren't amusing — and may be the sign of something more serious such as Alzheimer's disease — see a doctor.

"Worrying about your memory can just make it worse, and there's nothing wrong with seeing a doctor," he says. "We know that starting treatment early (for Alzheimer's) can lead to better outcomes," he says.

Do you think "senior moments" can hurt a career?

You forgot the most important tip -- be born of parents who had good memories in older life.