How to Recover From a Blow to Your Reputation 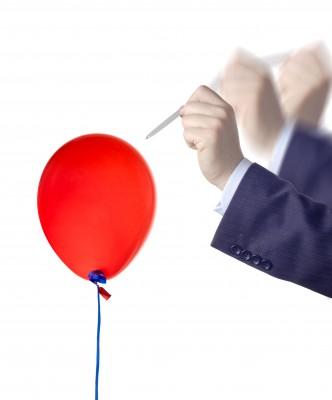 Do you care what other people say about you? Maybe you're one of those people who shrugs and could care less. Maybe you're someone who loses sleep over the thought of anyone saying anything negative or unflattering about you. It's an issue I explored for my Gannett/USAToday.com column, and I think it will get you pondering the power of your reputation....

Some spectacular falls from grace have occurred in the public arena — people with reputations that were once sterling trashed like an old banana peel when their misconduct is revealed.

"People with good reputations are three times more likely to be influential than those with lesser reputations," Bacon says. "Your reputation is one of the most important power sources you have."That's why he says it's critical that workers work hard all the time to cultivate and protect their reputations.

Bacon, author of The Elements of Power, (Amacom, $27.95), says that while most people in your company or on your team won't speak out if you do something wrong, you can bet your reputation will begin to suffer. Some key indicators that your reputation is taking a beating might be when you're not included in key decisions or meetings, you're not recognized for your efforts, or you become isolated or ostracized.

"It's not always the end of the line for you because depending on what you did, the impact on your reputation can be severe to slight," he says. "The main thing is that you won't be viewed the same way."

Anyone with a damaged reputation for any reason needs to take steps immediately to restore it with others, Bacon says. He suggests the person can do the following:

• Make an apology. For example, a boss who yells at an innocent employee in front of others will be seen as a jerk and needs to make sure he salvages his reputation by apologizing to that employee as soon as possible in front of those who witnessed his poor behavior.

"Damage to a reputation is like a rock thrown in the water. The ripples just keep going. So the quicker you can stop those ripples, the better. The longer you give people to levy judgment against you, the worse it will be," he says.

• Ask for understanding. A boss who yells for no reason at an employee should not make excuses to others but explain what happened, Bacon says.

He suggests the boss can say, "I had a really bad night, and while this isn't an excuse, I ask you to understand."

• Never try to deny it. "Deniers are never believed," Bacon says. "You can offer all the justification in the world for an error you have made, but deniers are never readily forgiven. It just lands them in even hotter water."

• Never repeat the error. If a boss who yells at an employee does it again in another month, that boss is never likely to be forgiven.

The reputation of being a jerk is solidified.

• Seek redemption. Depending on the mistake, a person can try to recover from it by doing good works, such as Milken has.

A boss who berates a worker could inform others he or she is taking anger-management classes and working with young people who have the same problem.

One interesting thing about reputations is that they're often viewed differently throughout the world and that can affect your career in other countries.

While President Bill Clinton's scandal involving White House intern Monica Lewinsky was considered "egregious" in the United States, people in France "thought it was amazing that we would worry so much about it," Bacon says.

In another example, Bacon says that although Americans are urged to promote themselves to potential employers by highlighting their skills and accomplishments in an interview, such a practice may not go over well in Australia.

"In Australia, it's all about being one of the mates — you'll receive their disdain if you hold yourself above others," Bacon says.

What other ways can people repair -- and protect -- their reputations?

Great points, thanks for sharing the tips that do help on online reputation management.

Criticism and mistakes are inevitable in the work setting, but the real test is how fast and well you learn from your mistake.

Someone who identified themselves only as "anonymous" left a comment that included some critical, harsh words for a woman mentioned by name. Those kinds of comments will not be published here.