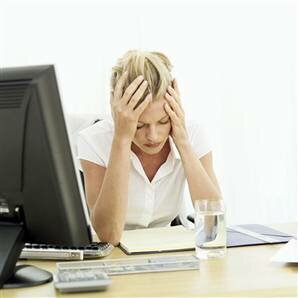 If you use Facebook, you're going to think the National Labor Relations Board (NLRB) is your new best friend.
The NLRB has reached a settlement with an ambulance company that fired an employee after she posted snippy comments about her boss on Facebook from her home computer. Under the agreement, the company now has to revamp its policies so that they don't infringe on a worker's rights. In other words, if an employee wants to trash-talk a supervisor on social media, she gets to do it without fearing it will land her in the unemployment line.
It's the first time the NLRB has asserted that an employee can dis a boss or entire company on a social networking site like Facebook, contending it's a protected activity and that any employer who retaliates against a worker is breaking the law.
Hence the feeling that many employees may have that the NLRB rocks. Seriously.
But hold on a second. Let's think this through.
Mr. or Ms. Boss really pisses you off one day, and you head home and post lots of nasty comments about Mr. or Ms. Boss. While you may feel you're protected from the employer firing you -- and the NLRB says you are -- you're not being protected from yourself.
Because despite what anyone rules, bosses don't like it when you talk smack about them. So, do you honestly think you're going to get a raise or promotion if you've embarrassed them online? Even if you do get over your snit fit and make up with the boss, do you really think he or she has that short of a memory?
And let's add another issue: What happens when you go to apply for another job and it's discovered (and it will be) that you've trash-talked your last supervisor on Facebook or Twitter?
"Oh, goody," thinks the hiring manager, "let's hire this person who is immature and impulsive and unprofessional enough to call her last boss a 'big fat dummy head.' Can't wait to see what she says about us if she has a bad day."
Here's the point: Don't write under the influence. Of drugs, of alcohol, of anger, of frustration. Call your best friend or your mom or someone else who will give you a sympathetic shoulder or ear when you've had a really rotten time at work. Call your boss a doo-doo head to your sister over a dirty martini.
If you dream of a successful career, of your talent and abilities taking you far, then don't count on the NLRB saving your ass. It's up to you to make smart choices, and it starts with not criticizing your boss online and expecting to come out smelling like a rose. Trust me, that ain't gonna happen.

Interesting...even if you can talk trash about your boss, that does not necessarily mean you should!

My Big question is as long as the good subordinate always is considerate and won't talk bad and speak the truth tactfully, what is the best thing to do to get the boss who keeps breaking rules, acting out unprofessionally and inconsiderately himself or herself to stop and has no credibility!???????? FAIR IS FAIR C'MON!

Anonymous,
A lot has been written about a**hole bosses and studies have been done on such behavior. The general agreement seems to be that if your boss is a total and complete jerk, it's time to get transferred to another department or dust off the resume. Is that fair? No. Is that reality? Yes.