6 Ways to Handle Criticism at Work 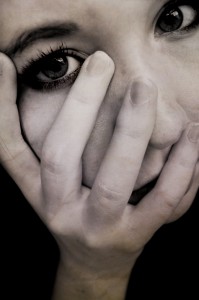 After a week lounging around on the beach, I'm back on the job and trying to catch up with my blog. So, here's the latest column I did for Gannett/USAToday:

Unfortunately, criticism is a part of the working world.

• A co-worker criticizes your contribution to a report.

• The boss criticizes the way you handled a client.• A co-worker criticizes your contribution to a report.

• Even the lunch delivery person criticizes you for not having correct change.

You may respond to these criticisms with angry thoughts, defending yourself in your head against what you believe are unfair and mean-spirited remarks. In many cases, you're right to try to defend yourself — criticisms at work often are off-target and nasty.

"Criticism is not a motivational technique. It does not teach or show you how to correct or change anything," says Deanna Rosenberg, a business consultant.

But the problem is that because so many workers have been burned by unfair criticism they avoid any feedback at all, a habit that can hurt careers, Rosenberg says.

If employees don't know what the boss likes and dislikes about their performance, they can make themselves vulnerable to being ousted from their jobs.

She says it's key that workers learn how to better handle criticism, and use techniques to direct it in a way that benefits their careers. By understanding how to ask for more specific information when critical comments are made, Rosenberg says workers can glean where they need to direct their energies instead of just becoming emotional and unproductive.

"It's perfectly normal to get angry when someone criticizes you," Rosenberg says. "But you've got to keep your feelings inside. Just keep telling yourself that the person criticizing you is not in your shoes, and the person is just offering his or her opinion. Tell yourself that you're trying your best."

Once you acknowledge your feelings then you can move on, try to track down exactly what's bugging the boss about your performance, figure out how you can correct it, and learn from it, she says.

That's why learning to listen to criticism — not avoiding it — is so important, she says.

"If something is bothering the boss, you've got to find out what it is," she says. "That's why it's so important that you ask questions, trying to narrow down exactly what is the problem. Don't let the boss talk about past issues because there's nothing you can do about that. Keep him focused on what must be done in the future."

Rosenberg, author of From Rage to Resolution, (iUniverse, $23.95), offers more tips when dealing with criticism at work:

• Control your body language. Don't clench your teeth or fists or cross your arms while listening. Try to sit next to the boss if he's offering feedback such as in a performance review. This sets a more friendly, equitable tone.

• Don't become defensive. Justifying yourself is a waste of time, as is trying to blame someone else.

• Focus on the problem. When the speaker is done, ask questions and then rephrase the issue: "As I understand it, you are concerned about (this problem) and you would like me to (state solution). Is that correct?"

• Hear the complete message. Don't stop asking questions or talking until the other person agrees that you fully understand the concerns.

• Keep the conversation productive. If it's clear the other person is correct about a situation, acknowledge it and offer an apology if appropriate. Express your appreciation for the other person taking the time to offer you feedback. After your conversation if you still believe that the criticism may be wrong, you can state your opinion but agree you will think about the issue.

• Agree to follow up. To show that you valued the input, offer to meet with the other person later to discuss progress or improvement.

What are some ways you've handled criticism at work?

Criticism can be difficult to handle, but very beneficial in the long run. If you are currently looking for jobs in the Accounting or Finance industries, check out our recent job posts. http://www.exechunter.com/