How DreamWorks Teaches All Employees to Flex Their Creativity Muscle 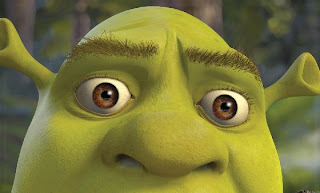 I know an accountant who does not consider himself artistic or creative. He knows he's organized and good with numbers, and can meet tax deadlines with ease.
When he introduces himself to others and mentions he's an accountant, I doubt others say, "Wow, wish I could do such a creative job."
But yet he is creative. He takes some of the most beautiful photographs I've ever seen. He's patient and organized of course, but he also uses those attributes to capture the sunset at just the right moment or photograph a bird taking flight.
DreamWorks would not have believed this accountant's assertion that he's not creative. Read why in this story I did for Gannett/USAToday.....

Of course, animators behind such hits as "Madagascar 3" are good at contributing innovative ideas to their employer, DreamWorks Animation.
Whether it's a new food choice in the company cafeteria or some off-the-wall idea for a movie, DreamWorks should have a lock on getting a lot of creative ideas from them.
But no one ever thinks of accountants in the same league as animators who brought you "Shrek." How could number-crunchers come up with more innovative ideas than those who created "Kung Fu Panda?


Yet DreamWorks so values creative input from every employee— even its accountants and lawyers — that it actively solicits ideas and receives hundreds of creative thoughts from all workers, says Dan Satterthwaite, head of human resources.
Regardless of what they do, employees are given training on how to pitch their ideas successfully.
Whether it's an idea for a new movie or a better plan for developing new products, DreamWorks believes that stirring the creative juices is critical for keeping the international company competitive, he says.
While such a culture consistently has netted DreamWorks a high ranking as a great place to work, the company isn't content to rest on its laurels.
Recently, DreamWorks decided to explore what other companies are planning to retain and recruit employees so DreamWorks can stay ahead of the curve, Satterthwaite says.
Creative skills will be a more important driver of the economy than technical skills, according to a DreamWorks survey of 150 senior human resources executives.
Further, creativity is a must at all levels of an organization, a majority of those polled say.
Those findings underscore that DreamWorks is headed in the right direction and must continue to focus on keeping all workers innovative and creative, Satterthwaite says. Still, staying competitive means more than coming up with the next blockbuster animated movie.
"The work that we do is so collaborative that we must have people who can not only sit at their desk and solve a problem but then be able to articulate that solution to their supervisor and to the team," he says.
That's why the company has begun digging deep in the recruitment process, looking people with a passion for what they do who also are able to communicate their ideas to others outside their field of expertise. Whether the candidate is applying for high-tech job or a position in human resources, DreamWorks needs them to translate their knowledge into a language that others can grasp, he says.
"Sure, we might ask a crazy interview question, but it's not about the right answer. It's about how they solved the problem," Satterthwaite said. "We want them to be able present that solution to a group of people who might not be computer programmers or accountants. Are they able to share their knowledge in a way that others understand? That's what we're beginning to hire for."
The company is trying to maximize its creative collaborations through cloud computing technology but also through some very nontechnical face-to-face meetings. Satterthwaite says the company finds that in a time of emails, instant messages and texts, personal interactions are critical.
"You may have an animator work an entire week for 1 second of animation. It takes 300 to 400 people up to 4½ years to create one movie. We give very minute instructions on raising a character's eyebrow just a bit more," Satterthwaite says. "Those are instructions you can't give on a conference call."
But not only animators rely on face-to-face communications. Satterthwaite says the company so believes in personally communicating ideas and its creative visions to workers that in October the company is bring in all 2,200 DreamWorks employees from around the world to California to attend a presentation of what's in the works.
"That's what engages people. To feel integrated and part of the company, no matter what your job is," he says.
More companies need to stop thinking that perks like free lunches or yoga lessons will motivate and engage workers, Satterthwaite says. In the future, he believes that most employee benefits and perks will be the same, so offering a pool table in the break room won't make much of an impression.
The key: Employers that want the most engaged and innovative employees will support each individual's skills.
At DreamWorks, that's done through a variety of methods — letting employees pitch a movie concept, giving all workers access to artist development courses or allowing them to take risks and learn from mistakes instead of firing them.
"We challenge all our employees to be their own CEOs," he says.

Thanks for the post! Supporting each employee's skills makes sense. Maybe this could be done by letting people work in an area that is in line with their strengths?