How to Build Rapport With Anyone 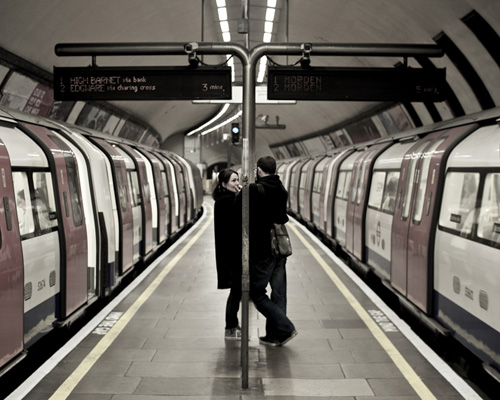 I'm one of those people that loves to sit and people watch. Give me a nice, cold Diet Dr. Pepper and put me in a shopping mall or airport terminal, and I'm perfectly happy to find a nice seat and do nothing but watch people go by.

I like to wonder where the people are going, what they do for a living and why they're wearing Uggs in the middle of summer. It's entertaining. Sort of like my own unscripted reality show.

That's why I always find it fun to interview people who love people watching, as well. Of course, they've taken it to a whole new level and have come up with great insights, such as this FBI agent I interviewed  for my latest Gannett/USAToday column about building rapport....

In many fictional stories, the good guy always manages to establish some kind of rapport with the bad guy.

This causes the villain to spill his guts, revealing all the necessary details needed for the good guy to avert worldwide disaster and save mankind.
It's not always that way in the real world, however. While the good guys in movies or television make it seem easy to establish a connection with a stranger, it can be intimidating just thinking of trying to strike up a conversation with someone you don't know, such as a hiring manager or a potential customer.That's why advice from Robin Dreeke can be valuable. A 15-year FBI veteran who got some unsavory characters to reveal important information to him during his career, Dreeke now offers career and business advice on building rapport. While he stresses that his techniques aren't endorsed by the FBI, he learned much during his time as program manager of the FBI's elite Behavioral Analysis Program that he's willing to share.
For example, one of the important techniques in connecting with someone is known as "establishing artificial time constraints," he says.
In this scenario, you let someone know either by your actions (packing your briefcase) or by your words ("I've got a train to catch"), that you're not going to take up much of the person's time when you ask a question. This makes people "feel less threatened," he says.
For example, you may say to someone with whom you'd like to discuss job possibilities that you'd like to get together for two or three cups of coffee and "agree to part ways if the meeting is not beneficial," Dreeke says. "That's a lot less threatening than approaching someone and saying, 'I want a job.'"
Dreeke, author of the self-published It's Not All About 'Me,' available through Amazon, says other quick rapport techniques that can be helpful include:
Slowing down. Dreeke says he learned that when he became impassioned about a subject he often would talk faster. The problem is that fast talking makes the listener "feel oversold," he says. Studies have shown that females have a preference for males with deep voices, and those with deeper voices are often seen as more powerful.
Once you slow down, try to deepen your voice a bit and the listener will be more open to you in the conversation. "You don't want the person to feel you're trying to convince him or her about something," he says. "When you do that, you make it seem all about you and not them."
Remembering it's not about you. Dreeke emphasizes that successful interactions mean you have to suspend your own wants and ego, and spend more time listening and asking questions. "People are happiest when they talk about themselves," he says. "When you're enjoying a conversation, you don't want it to end."
Eliciting sympathy or assistance. Dreeke says the key to this technique is asking for something within reason. "You don't walk up and ask a stranger for a kidney," he explains. One of the most successful ways to establish rapport with a stranger and not make him or her think you're "hitting on them" is to mention a spouse, and that you'd like to do something nice for the spouse.
For example, you may say you want to buy something special for a spouse's birthday, and could the stranger share where she bought her boots? Dreeke says you begin with something like, "I'm sorry to bother you but I am on my way out. I was hoping you could help me." This technique usually leads the stranger to offering more to the conversation, he says.
Managing expectations. Dreeke says that as a young FBI agent he was given the task of talking to a known spy of the U.S., and asking the person to instead work for America. He admits he was nervous, but accomplished his task by reframing the situation in his mind so that he wasn't asking for something from a stranger, but instead used all the techniques he knew and used them to just establish a friendly conversation. Anytime you approach a conversation that will benefit the other person, it increases your chances of success, he says.
"In the end, people just want to feel better," he says. "Anything you can do to make that happen" — whether it's using self-deprecating comments or listening — "helps them open up."

What are some ways you connect with people you don't know well?