I love to stay in hotels. I let the wet towels stay on the floor, I don't make my bed and I ignore the overflowing trash cans.
That's because I know that a wonderful maid will clean up my mess, and not give me any grief about it. The concierge will direct me to a great restaurant and the guy at the door will hail me a cab.
To me, staying in a hotel is like getting a license to be a princess, if only a temporary one. 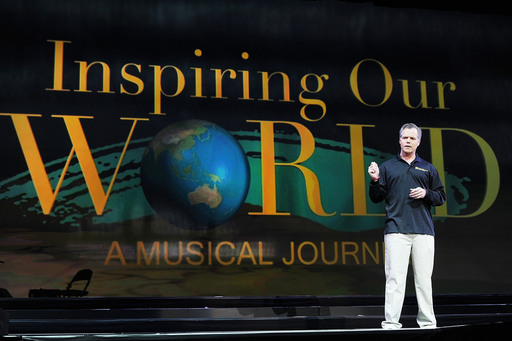 I know that I'm always nice to the staff (my mama raised me right), but sometimes people aren't nice to them. Hotel staff put up with a lot of crap from hungover guests, cranky children and people that were not raised right. That's why it was nice to do this story about MGM Resorts International, where those nice people who treat me so well are not taken for granted. Here's the story I did for Gannett/USA Today....

Keith Dotson is entertainment supervisor at New York-New York Hotel and Casino in Las Vegas, and a normal day at work includes dealing with the box office and making sure ushers and ticket agents are operating like a well-oiled machine.
But his true passion is music, and those who have heard Dotson sing agree he has a remarkable talent.


However, this isn’t a story about how Dotson wins a national singing contest and leaves behind his job with New York-New York.
Instead, it’s a story of how one company, MGM Resorts International, values Dotson and other employees so much for the jobs they do every day that they found a way to celebrate those efforts as only Las Vegas can.
MGM recently put millions of dollars into a production called "Inspiring Our World," designed to recognize, motivate and engage its 62,000 workers around the goal of providing the best experience possible to guests.
Jim Murren, MGM chief executive and chairman, gave workers like Dotson who labor behind the scenes of hotels such as the Bellagio, CityCenter and Mandalay Bay an assignment: Put on a show.
"We sort of had this eureka moment about six months ago, where we said, ‘We’re an entertainment company.’ Why don’t we use entertainment to get our message out in a fun, practical way?" Murren says.
So Murren gave employees the money — "I didn’t give them a budget," he says — to put on a show that would drive home the company’s commitment to diversity, excellence and teamwork.
"The only directive I gave them was that they should do it at the level of excellence that our guests expect," he says.
So employees began writing the script, designing stage settings, having auditions and directing a show that ran about an hour and a half and played several times to various employee audiences.


"It’s been beyond anything we ever imagined," Dotson says. "We just keep saying, ‘This is huge.’ "
But more important, Dotson says that working on the show and its message changed his life "and I will take this message with me wherever I go."
"It’s all about how we can inspire our world every day of our life," he says. "I’ve been with this company for 10 years, and this experience makes me feel so valued as one of their employees."
Murren would be happy to hear Dotson’s description since that was one of his goals when he initiated the project. Another was to just celebrate the "happy story of recovery," he says.
"Las Vegas went through some very dark times in 2009 and 2010. Unemployment was skyrocketing, and people were losing their homes and their cars. But our employees didn’t give up. They kept their personal experiences and troubles at home. I made a commitment at that time that if I could ever repay them for what they did, I would," Murren says.
Murren, who started out on Wall Street, says he still uses that business acumen to keep MGM competitive but also knows the No. 1 reason his hotels will continue to thrive is because of his workers.
"They are our most valuable asset," he says. "I learned pretty early on that it’s the employees who make everything happen. In our business, people vote with their feet. If they don’t have a fantastic experience, they go somewhere else. "


Murren uses employee surveys, personal visits with workers on site and employee feedback to gauge if the company is keeping workers satisfied and committed. The company has taken on other initiatives designed to show its commitment to workers, such as revamping employee dining options to offer healthier choices.
While some initiatives are expensive, Murren says he believes the payout will come when engaged employees work together as a team and put all their efforts into helping guests have an excellent experience.


"I know that I’ve met many people doing this show that I didn’t know before," Dotson says. "Now we all call, ‘Good morning!’ when we see one another and there is just such a positive energy. We all know we’ve been through tough times, and while we don’t know everyone’s story, we’ve come together.
"I think this company has shown that they value us as individuals and as a team," says Dotson, who performed "I Know Where I’ve Been" from "Hairspray." "And that not an easy thing to do."