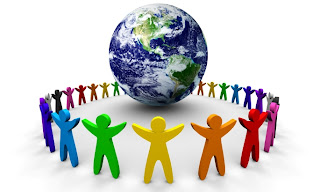 Autism is a subject that often promotes a great deal of debate. The causes. The solutions.
Employers are now entering that discussion, as they will be seeing more job applicants with autism spectrum disorder. It's an issue I looked at in my latest Gannett/USA Today column....

An estimated 1.5 million people in the United States have autism spectrum disorder, so chances are you may be affected by autism in some way.
Your own child, a relative or even a friend may be dealing with the disorder.


But chances are good you soon may start to deal with autism in the workplace. The most visible generation with autism is getting ready to graduate from high school and will be looking for jobs, says Scott Standifer, a University of Missouri researcher who studies employment issues affecting adults with autism.
Some employers such as Walgreens, AMC Theatres and TIAA-CREF already are making efforts to hire and train autistic employees, finding such workers to be dependable and hardworking, Standifer says. These employers are making employment inclusive and don’t isolate autistic workers or give them only limited tasks.
The companies are trying to level the playing field for applicants along the autism spectrum, he says. AMC Theaters learned that asking abstract questions often can be troublesome for autistic applicants.
"An abstract interview question might ask someone if they found $50, what would they do with it? So, someone with autism might say, ‘I put it in my pocket,’ " Standifer says. "But the key is that you have to show them what they should do with that money — such as give it to the manager — and then they will do it."
It’s more effective to focus on showing autistic applicants what duties would be involved with a job and if they believe themselves capable performing those duties.
During interviews and on the job, one of the greatest challenges for those along the autism spectrum is reading social cues.
Job applicants who are told to answer questions honestly may be so blunt that they are considered rude or somehow socially unacceptable. When asked, "What brings you to the interview?" someone with autism might answer, "My truck."
That’s why social-skills training and more detailed explanations of workplace culture can be helpful to those with autism, he says.

Jobs in noisy, hectic environments; positions with a lot of unstructured social contact with the public; and tasks with little or no routine often are not good fits for those with autism.
However, those with autism are adept at noticing deviations in patterns, so jobs in quality control and computer applications are a good fit, Standifer says. Walgreens’ performance data finds that those with autism and other disabilities who work at company distribution centers performed as well as other workers, had lower turnover and required only minimal, inexpensive accommodations.
"The great thing about those with autism is that when they do a job, they’re very focused," Standifer says. "They’re going to do what they’re told, every time. They’re not going to stand around socializing instead of working. They often receive very high marks on performance evaluations."
If your child has autism, get him or her some structured work or volunteer-related experience before high school graduation, Standifer says. Vocational rehabilitation counselors can meet with a school’s special education teams to ensure time to make changes or transitions, which can often be more difficult for those with autism.
While researchers have done many studies on children with autism, they have little data on autistic workers.
State vocational rehabilitation agencies are starting to make important strides in providing services for autism, he says. National autism advocacy groups and researchers are beginning to include adult issues such as employment in their studies.
Many employers — with leaders who often have been touched personally by someone with autism — are much more willing to take a look at hiring such worker


"I’m excited," Standifer says. "I think a lot of cool things are happening."
Posted by Anita at 2:17 PM

Thank you for this article. It ran in the AZ Republic this morning. As the mom of two boys with autism, I especially liked the examples you gave for the interview questions re: finding money and a truck getting you to work. These examples give people who are not familiar with autism some insight.
Best regards,
Stacy

It is good to know that industries are giving people with autism a chance to have a career or to excel in their chosen field.