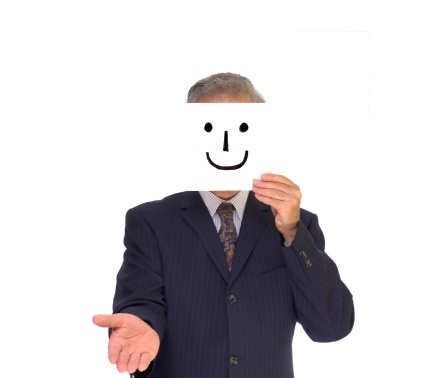 If you're in a position of power, people probably believe you to be a confident, hard-driving person.
If only they knew.
The reality is that inside you're a churning mass of insecurities and doubts, always afraid that others will find out you're not really what they think.
If you feel this way, you're not alone.
Some highly successful people have felt the same way, including Avon's first African-American female vice president, Joyce Roche.
Roche says she has suffered from imposter syndrome, a feeling that comes from believing you're a fraud and not deserving of the success you have attained. She suffered internally from the constant churn of doubts and a feeling that her success would come crashing down unless she worked all the time.
In a new book, The Empress Has No Clothes: Conquering Self-Doubt to Embrace Success, Roche shares her insecurities and how she learned to beat her feelings of self-doubt.
"I want women who are highly successful to know they're not the only one who have those feelings going on internally," Roche says. "I also want them to know that comfort does come with time, and I can hopefully help them find ways to quiet that inner voice of doubt sooner."
Both men and women can have imposter syndrome, often characterized by a feeling that one success will not be followed by another and not believing what others tell you, Roche says. If you have the problem, you also may keep your upbringing or educational degrees a secret from peers and think that you always have to have a backup plan in case you're discovered.
Being a workaholic or perfectionist are other characteristics of someone suffering from the problem. Such tendencies can lead to emotional, physical and mental ailments that can derail a career and a personal life, Roche says.
Want to get a handle on your own imposter syndrome? Here's what Roche advises:
• Speak up. Don't try to contain your feelings and cope with the stress on your own.
Tell a trusted friend, family member or mentor. If you can't do that, try (read more here)
Posted by Anita at 6:13 AM

Thanks regarding expressing this kind of with all of us you actually learn what you will be talking about! Saved as a favorite. Nicely in addition talk to this site Is equal to). We may have a very url adjust understanding in our midst

Nice Post. I love it. Thanks for Sharing with us Dude.