How Small Changes Can Build a Stronger Team 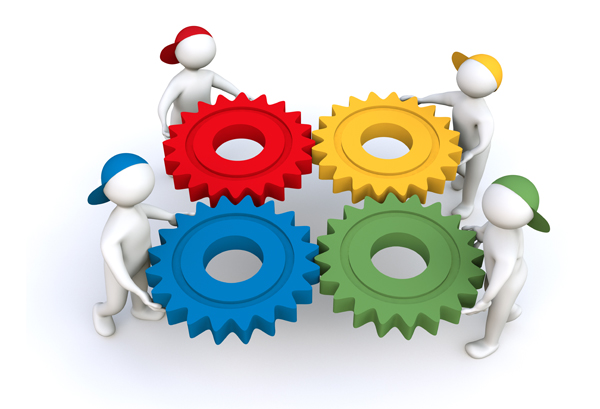 When it comes to influencing others to change their behavior, the smallest changes can make the biggest differences, contends a new book called “The Small Big” by Steve J. Martin, Noah J. Goldstein and Robet B. Cialdini. Using scientific research, the authors explain how small changes can help you build a stronger team and make team members more productive and motivated. In this interview with Anita Bruzzese, Steve Martin talks about how managers can be more effective by only making some small tweaks.
AB: Let’s say I’m a manager and I’m trying to figure out how to build better relationships among team members. What small thing can I do to encourage cooperation and a feeling of partnership among them?
SM: Get team members to consider those things they have in common with each other but that are uncommon to outside groups. People want to be part of the gang yet stand out at the same time.
A simple way a manager can help to draw out these uncommon commonalities is ask team members to fill out getting-to-know-you forms before any formal work is done, but rather than ask questions like, “name your favorite TV show” or “list your favorite travel destination,” which will generate similarities that are common, instead ask “name your top five TV shows” which are more likely to identify a shared love of a more uncommon liking.
AB: While some may believe that more money or other rewards can motivate employees to be more productive, you say there is one solution that will only take five minutes and not cost anything. Can you explain?
SM: In today’s hyper-busy world it can be very easy to lose track of the significance and meaningfulness of the jobs we do. So anything a manager can do to remind her team of why their jobs are important can increase motivation levels resulting in more productive individuals. One way to do this is to allocate five minutes at the start of the working week to highlight an example of where their work had made a meaningful difference to a customer or client.
AB: If I’m trying to persuade someone – like my boss or a customer – what small way can I optimize my chances for success?
SM: Think “how can I help that person?” rather than “how can they help (read more here)