How to Deal With a Lazy Colleague 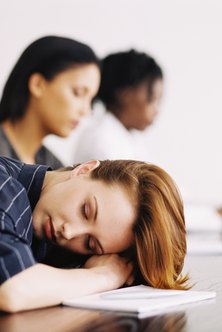 I'm not sure anyone embraces Monday with total enthusiasm. It may take more than a few cups of coffee or even a stupid cat video to really rev us up to work on the first day of the week, but we do eventually kick into gear.

But what about those colleagues who don't get going on Monday? Or Tuesday? Or Wednesday? What can be done about the person who seems to constantly slack off, finding any number of ways to avoid putting in a solid day's work?

Of course, not working at all will probably get that person fired. But these people are usually just smart enough to avoid getting in trouble with the boss, and instead rely on their co-workers to keep them afloat. In the meantime, the co-workers who have to work around such a person silently fume and resent such behavior.

You might consider going to the boss about the behavior, but be aware the boss may not see the situation in the same way. The boss may see you as a tattling troublemaker, and your relationship with him or her may suffer as a result. Even other colleague may not react well to your criticisms for fear you will do the same to them one day.

That's why you need to take a deep breath and really think about how much you want to let this lazy co-worker interfere in your life and your career. For example, you may nearly bust a blood vessel when the phone rings continuously and the slacker refuses to answer it. Wouldn't it be better to just ignore the poor behavior and simply answer the call? Or arrange a system with your more productive colleagues to take turns answering it?

It can be difficult to ignore the fact that the lazy colleague seems to be getting away with such behavior. "Well, why should I work so hard when it's clear you can goof off and there are no repercussions?" you may tell yourself. But that's a slippery slope, because once you start letting your own work ethic slip then you've let a part of your character be killed off by someone who has poor judgment and poor self-esteem.

At the same time, remember that you really have no idea why this colleague seems to be so lazy. It could be the result of depression or some other mental illness, or it could signal a physical ailment. The point is: Focus on what you can control, which is your own performance. Set goals for yourself and meet them, despite whatever speed bumps may come along because of your co-worker's deficiencies.