How to Stop a Mooching Co-Worker 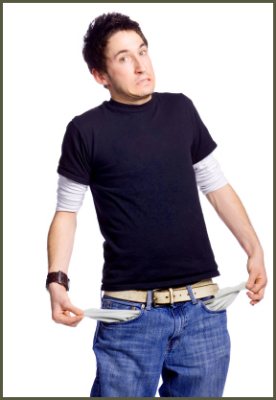 As the holiday season approaches, it can be much more fun around the office. People are wearing goofy sweaters and goodies are being brought to share.

It seems everyone is in a much more giving mood.

But then you think of Brad.

Brad is the guy in the office who never seems to have even a dollar on him to contribute to a colleague's birthday gift. So he asks if you can contribute a dollar for him, and he'll pay you back tomorrow.

Only he doesn't. He also has not paid you back for the lunch you paid for because he didn't have his credit card with him at the time. Now that you think of it, you've probably paid for 10 coffees at Starbucks for him, and he hasn't offered to buy you one -- ever.

What's the deal here? Is Brad broke? Is he gambling away all his money? Or, is he just one of those people who gets a free ride by asking everyone else to pay for him?

You may never really know why Brad does what he does unless he chooses to share the reason with you. In the meantime, you have to figure out a way to stop him from borrowing money from you even if it is the giving season.

Here are some ideas to break the habit of Brad using you as his personal ATM:


While it can be difficult to stand up for yourself in such situations, remember that Brad's behavior shows a real disregard for you. You can maintain a professional and cordial relationship with him, just without the open wallet. At the same time, you may find that your resolve garners more respect from colleagues who may have wondered why you put up with Brad's mooching for so long.