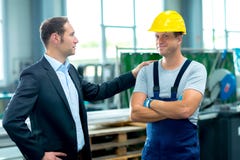 As more millennials rise through the ranks, companies may want to be ready for the backlash from older workers that could impact the bottom line.

Specifically, a study of 8,000 workers at 61 German companies found that employees who were older than their bosses reported more anger and fear than if they were working for someone older than themselves.

Reported in the Journal of Organizational Psychology, the study finds that in the companies where employees expressed such negative emotions, there was a 9% drop in financial performance and productivity as compared to those who employees didn't report such feelings.

"They contradict common career and status norms," says Florian Kunze, a co-author of the paper and a professor at the University of Konstanz in Germany.

Unfortunately, those negative feelings from such employees can spread to the rest of the workers, she says.

"When faced with being supervised by a younger person, older employees are forced to recognize their lack of progress," Kunze and his co-author wrote in the paper. "Working daily under a younger supervisor, older subordinates are constantly reminded that they have failed to keep pace."

So what's the solution if you're a younger manager trying to work with older subordinates?

"Irrespective of specific deals or projects, let people know that you care about continuous improvement. If you message that you’re open to receiving feedback, people will be more likely to give it," she writes.

Kunze suggests younger bosses "create a professional distance with the older subordinate and provide autonomy to [them] by setting clear targets and goals."

Other tips from experts include:


What else can a young boss do to develop a good working relationship with older employees?