If You're Burned Out You're Not Alone 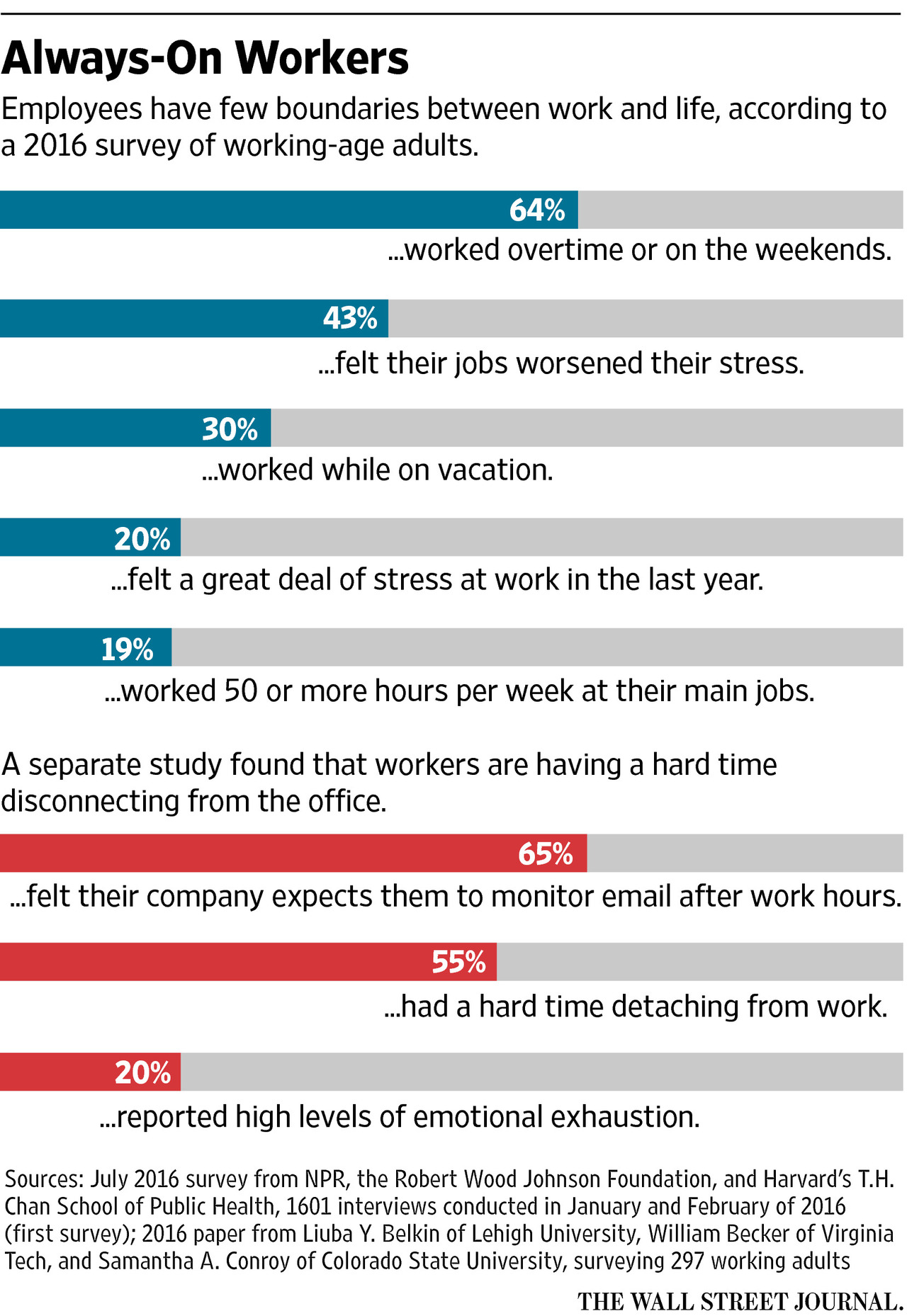 Worker burnout is getting worse.

In the last decade, I bet I've written some version of this sentence a dozen times or more.

Unfortunately, it doesn't look like I will stop writing about it.

I talk to people in their 20s who haven't worked less than a 10 or 12 hour day in years. I know several baby boomers who tell me that they thought as they entered their late 50s they would start to work fewer hours or take more vacation time. Nope.

Whenever I write these kinds of stories, I always mention the fallout: Health problems for workers that can drive up company insurance costs. Less productive workers. Greater turnover that eventually increases recruitment costs. Stress that results in less creativity or innovation.

It used to be when you left the office, you left the work behind. But that's no longer the case as smartphones ding all night long with emails and the boss texts you in the middle of dinner.

What's the solution? Well, bosses could stop texting or emailing you after hours unless it's an emergency. Like an end-of-the-world emergency -- not that he needs you to send him a report that you've already sent him.

But this is easier said than done. Because we are all guilty of working too many hours, and it's not always the boss's fault. Couldn't you close your laptop at night and take the dog for a long walk instead of trying to catch up on emails? Or, couldn't you make meal times a smartphone-free zone and insist all phones be muted and shoved in a drawer?

One day (maybe) I can quit writing about worker burnout. But until then, I suggest you try to save yourself.
Posted by Anita at 9:10 AM