4 Steps to Being Happier 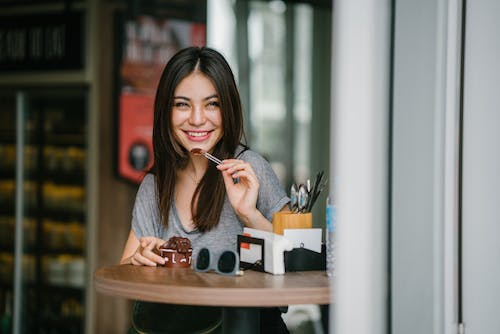 When my children were babies, I knew exactly what I would do if I won the lottery: Hire a nighttime nanny.

That's because my kids couldn't seem to get the hang of sleeping through the night, and I was beyond exhausted. I could have tried out for the "Walking Dead" and won a part based on how I felt -- and how I looked.

Things got a bit easier once my kids decided to start sleeping, but that led to a host of other stresses as they grew: baseball and music practice, school projects, friends' birthday parties, etc. At the same time, my career was becoming busier and busier and I was taking on bigger projects.

That led to a bad spate of insomnia as I struggled with thoughts of schedules and science projects and work commitments. It was a tough time, and not the first or the last of tough times trying to figure out a personal life and a career. There just felt like there weren't enough hours in the day to get it all done.

That's why research from Ashley Whillans at Harvard University really struck a chord with me: Having enough time, or "time affluence" is now at a record low in this country -- and we're really in a "famine" when it comes to effectively managing our time.

But here's the surprise: Despite the perception that people today work longer hours, the data shows that most of us have more discretionary time than ever before.

What Whillans and her team have discovered is that we spend our time trying to get money -- taking on bigger jobs for more money. We believe that money will make us happier in the long run.

It turns out that the happiest people use their money to buy time. Whether it's working fewer hours or paying someone else to do disliked tasks, we experience more fulfilling relationships and careers when we use our money to buy time.

But even Whillans admits that making better choices for our happiness isn't easy. Sending emails while on the beach, making phone calls during a commute and giving up exercise time to talk to a colleague all sabotage her efforts.

Still, she says there are ways to shift such a mindset. Among her suggestions:

1. Forget spontaneity. Our brains don't like it, and it leads you to check your email instead of going our with friends. So, plan ahead. Plan what you want to do on your weekend or after work and then stick to it.

2. Get moving. Try to build in activities that require you to be physically active, whether it's volunteering at a food bank or walking the dog. Research shows you'll be happier if you engage in more active, rather than passive, activities.

3. Enjoy a meal. Don't eat in front of the television or the computer. Savor your food -- enjoying your food reduces your stress.

4. Be open. Don't be afraid to strike up a conversation with someone in line as research shows that casual social interactions with strangers "significantly boosts happiness," she says. At the same time, volunteering also increases your happiness and makes you feel like you have more time.
Posted by Anita at 8:58 AM