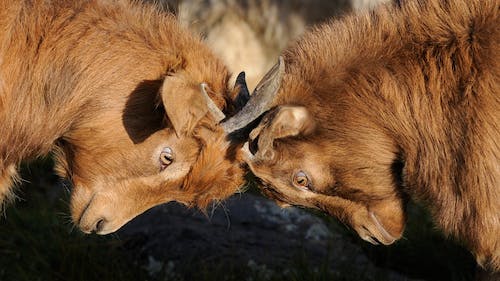 How many times have you visited a business and seen a list of employee names, followed by a series of check marks or numbers?

I've seen it many times, usually signifying some sort of "competition" between employees, such as upselling to customers.

I've even been a part of such competition when I was working retail while in high school. The competition was to get the most customers to fill out credit-card applications. The prize? An electric blanket.

Since I was 17-years-old at the time, I could have cared less and never even asked a customer if they wanted a credit-card application.

But I often still see that competition exists in workplaces as a way to incentivize workers to sell more or achieve better results in some way. Some companies even create contests so that workers become more engaged in their jobs.

But research shows that those competitions may backfire on the employer.

A study finds that as people get closer to achieving individual goals, they are more prone to do things to sabotage their counterparts and begin to reduce their efforts when they thought they were ahead. The participants in a study also leaned toward choosing games where they expected to do better than a partner, for example, even if those choices also brought them a lower score.

But focusing on the distance between them and others only really makes sense in real competition, explains Szu-chi Huang, an associate professor of marketing at Stanford Graduate School of Business and the research leader.

For those in competitions devised by an employer, the actions become more illogical, because there's really no gold medal waiting at the finish line. As a result, the pseudo competition ends up distracting individuals from real goals that have a real payoff and help them.

She suggest companies can do a better job with internal competitions by "matching employees who are at different phases of their careers instead of the same phase, for instance through a mentorship program. Or they could highlight the differences and uniqueness in each employee’s background, task, and project, and thus make the comparison less meaningful. All these things can help to reduce unnecessary competitive behaviors and the desire to sabotage.”