This is Why Workplace Conflict is a Good Thing 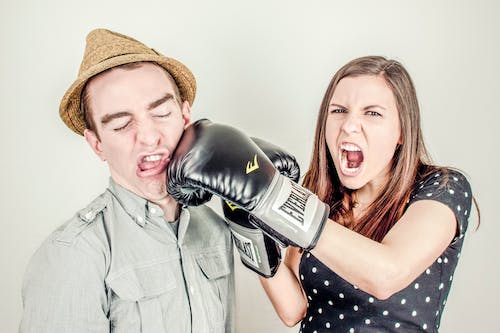 I hear it all the time: People who say they've stopped watching the news, stopped participating in social media and wear noise-cancelling headphones whenever possible so that they don't have to hear any snarky/disagreeable/uncivil comments or conversations.

I get it. I get tired of hearing people argue and I also find ways to tune others out when I've had enough. In fact "coffeehouse jazz" is a favorite, mind-numbing playlist of mine.

You can't bury your head in the sand and expect to be considered an adult, especially at work. You have to participate and show you're engaged if you want to a have thriving career.

One thing that might help you feel better about conflict is that it can be healthy at work, as long as a few game rules are followed.

For example, Liane Davey, author of "The Good Fight," says that when done in a healthy way, conflict -- or differing opinions -- can lead to better problem-solving and smarter decisions. Instead of focusing on a robot-like "happiness at work" atmosphere, workplaces need to embrace diversity and the differing ideas and opinions that will naturally erupt.

"If people begin to fear conflict and think it’s an unhealthy thing, they don’t spot the risks in your plans or assumptions in your plans," she says.

Of course, the kind of conflict that is beneficial at work is just like the kind of conflict that is healthy in any relationship. People must stay respectful, be non-accusatory and listen carefully to the other person before stating an opinion. This might be easier said than done: A Next Element survey finds that 64 percent of 400 respondents say they would rather compromise than make an argument for their preferred approach in order to avoid any conflict.

If you're a manager or a worker who simply would like to embrace more diverse ideas, here are some ways to keep conflict helpful and not hostile:

1. Listen. Seriously, shut up. Don't talk over the other person and even wait a beat after she is done talking to reply to show that you're fully engaged. It also helps to repeat some of what she's said to show that you were listening instead of formulating your rebuttal. "So, you're saying that the project is failing because the timeline is too ambitious?"

2. Do your homework. It's really unhelpful if you don't really know what you're talking about or quoting erroneous data or facts. I've seen people begin arguing more strenuously when they start to realize they've made an error, perhaps because they're embarrassed that they're wrong. If you're not sure of your facts, ask for a bit of time to get your facts in order so that the discussion can be more constructive.

3. Remember we're human. Diverse teams all have one thing in common: They're populated by humans. Humans who have families, who have struggled, who have been disappointed, who have failed and who have insecurities. Remember that when you get into discussions with someone at work that it's not about annihilating the other person -- it's about finding that common bond and then establishing a relationship based on professional respect.