8 Ways to Make Sure Your Great Idea Isn't Ignored 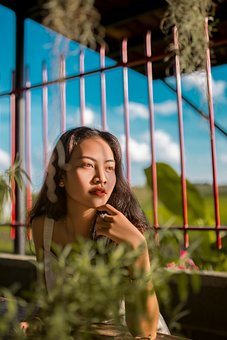 Ever had a good idea shot down at work?

Most of us have been through it at least once. The reasons may vary, but the result is the same. You feel frustrated, or angry -- even depressed. Why can't your boss/colleagues recognize a great idea?Your frustration may prompt you to think about leaving your current job and go find another company that will appreciate your innovative thoughts.

But here's the problem: If you don't learn to do a better job of presenting your ideas, chances are good the same thing will happen over and over, no matter where you work.

Here's some ways to deal with the obstacles getting in the way of your great ideas:

1. Change or die. The coronavirus has shown that companies that fail to continually innovate are left behind. Big retailers that didn't move to ecommerce years ago have seen their business suffer, while retailers like Wayfair, WalMart and Target have thrived.  When someone questions why there is a need to alter a course that has worked in the past, just point to such examples.

2. Innovation grows companies. When your idea is dismissed because it doesn't generate a lot of revenue, point out that it's new ideas -- like those from Amazon and Apple -- that are what build great organizations and lead to more revenue.

3. It solves a problem. While others might think your idea is "trivial," point out that it's not "trivial" to the people who are helped by it.

4. It's a first step. If someone says your idea isn't "big enough," comment that it's a step in the right direction and will get the company moving toward that bigger idea.

5. It's unique. Sometimes your idea gets shot down because it's not being done anywhere else. Remember to stress that there's a first time for everything and your idea offers a unique opportunity.

6. Failure leads to success. Shooting down your idea by saying it's been done before is a common tactic — whether it's true or not. Just say, "That was then. Conditions change and what we're talking about probably wasn't done in this way."

7. Delay, delay, delay. You may be told that now isn't the "right" time for your idea, and it should be put off until something else happens, or changes. Don't be fooled by the person pretending to like your idea, only to try and squelch it. Say something like, "The best time is when people are excited and committed to make something happen. That time is now."

8. It's too much work. That's a genuine concern because most people in the workplace today really are overworked and underpaid. To battle that argument, respond with "Hard can be good. New, viable ideas can energize and motivate us."