Why Virtual Teams Fight -- and What to Do About It 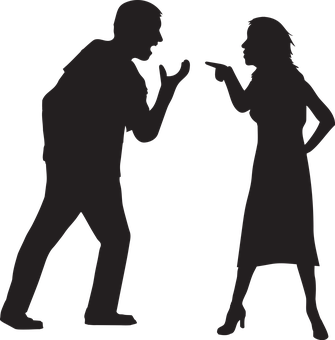 My last post was on communications, and I wanted to address the topic again because there are some unique challenges with communicating virtually.

One of the biggest issues is that team members are often communicating for the first time with someone they've never met in person. While they may believe a virtual conversation goes well, they are often taken aback when an email later arrives from this person that seems less-that-friendly or judgmental.

Lindred Greer, a professor of organizational behavior at Stanford Graduate School of Business, says that communicating through video calls or emails can escalate conflicts quickly as colleagues take disagreements personally.

That's because colleagues "can’t see the context or the nuance or even the facial expressions of the person who is engaging in this task conflict,” she says.

As a result, one colleague may start to think negatively about the other person, become more aggressive and escalate the conflict -- something that wouldn't happen if working face-to-face.

In addition, as if often evident on social media, people are more uninhibited in their opinions when they aren't face-to-face, and that can lead to some ugly emails or texts that make the situation worse.

She suggests that one critical way to avoid problems among virtual team members is for managers to have a face-to-face "kickoff" meeting with the members. After spending a few days together, relationships will grow so that in the future, they will be better able to assess interactions and not jump to conclusions.

If your manager doesn't facilitate such contacts, then take it upon yourself to try and meet as many team members as possible in person. It might be a bit more challenging while we're still in lockdown, but it will be well worth the effort.