3 Things to Do When You've Made a Mistake at Work 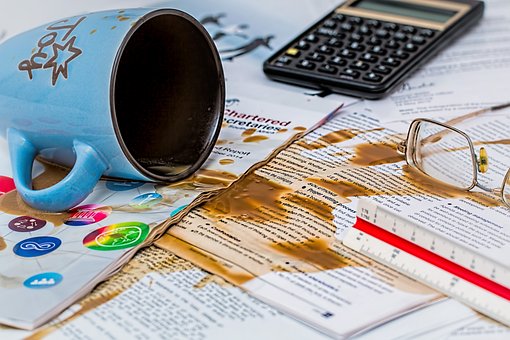 When was the last time you made a mistake at work?

That's because everyone makes mistakes at work. Sometimes they're little, harmless ones like forgetting to take your moldy sandwich out of the office refrigerator. But sometimes they're much bigger -- like the kind that can put your job in jeopardy.

The key is this: Don't try to cover up a mistake with lies or by acting as if it never happened. If the mistake comes to light, you might get in even more trouble for covering it up. Here's what you do when you screw up:

1. Own it. As soon as you realize you've made a mistake, take responsibility. Don't try to blame someone else, start deleting incriminating emails or ask someone to lie for you.

2. Look for a solution. Once you've discovered the mistake, you have to tell the boss. But before you do that, is there something you can do to fix it? If so, you go to your boss and state what happened -- and immediately say that you've thought of a solution or plan of action. The boss may not like your idea, but it shows him or her that you're trying to get on top of it.

3. Don't grovel. Yes, you're going to have to apologize to those who have been harmed by your mistake, whether it's the colleague who will now have to work overtime to help you fix it or the boss who has to explain to his boss what happened. Still, that doesn't mean you have to act like the lowest life form. You made a mistake, you apologized, you're trying to fix it -- all the things a professional should do in such cases. Don't keep apologizing or walking around with your head down, or that will give you an unflattering reputation.

The key for any mistake at work is to learn from it. Think about what you could have done differently to prevent it from happening again. Not only does this improve your performance, but the boss will certainly appreciate that you're taking proactive steps to do your job better.