If you sometimes feel like a broken record saying "Good job!" to your team, here are some other ways to say the same thing:

How You Derail Your Own Career 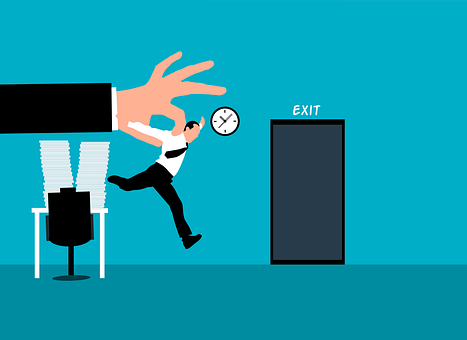 If you've ever had a bad performance review that blindsided you or found yourself excluded from important projects or teams without a clear idea of why, then it might be time to consider that you've sabotaged yourself.

Most people don't knowingly sabotage themselves, but it happens. But it's clear you've done the damage to yourself -- it's not because the boss is an a**hole or because someone has set you up to fail. It's because of how you've behaved, or performed -- or even something you have said -- that pushes you off the road to success.

For example, maybe you failed to work with a new boss in the way he likes to work. Your old boss didn't care when you came into work as long as you got the job done. But the new boss likes you working by 9 a.m. with no excuses. You obviously didn't take that seriously enough, and beginning work at 9:30 a.m. or even 11 a.m. hasn't gone over well.

Or, let's say that you've stepped on a few toes while climbing the ladder. Nothing too awful, but you did have more that a few arguments with team members who you accused of lacking vision or there was that one time you called someone an idiot in front of a customer....

Of course, now those team members aren't standing up for you with the boss, and have even lobbied to have you removed from an important project because you won't "collaborate" and "create a hostile work environment."

See how these issues were created by you? And you will be the one who's career suffers?

If you've gotten feedback that you're difficult to work with, a poor communicator, are too stuck in your ways, etc., then you need to do some work to clean up your act. Better yet, head off these problems before they torpedo your career by going to people who are close to you and who you trust.

"Is there something I am doing that you believe could hurt my success? Please be honest," you ask.

Then, listen. Don't get defensive. Thank them and then get to work making the  improvements you need to keep your career on track.